I wines in Calabria have a very ancient origin that few other wineries in Italy can boast.

Wines in Calabria were in fact imported from Ancient Greece in the eighth century BC. These colonisers not by chance called our peninsula Enotria, in Greek Terra del Vino (Land of Wine). It is no coincidence that it was precisely cups of Cirò rosso wine that were offered to the winners of the first editions of the Olympic Games held in Greece.

Calabrian wines in the Middle Ages

In Roman times, the wines of Calabria could not repeat the success they had in Greek times. In fact, the Romans preferred native wines such as Frascati. The Middle Ages, however, saw the revival of Calabrian wines that were exported by land and sea throughout Italy and even to foreign ports. Subsequently, however, Calabria encountered new difficulties in promoting its wines, and even today Calabrian wine-growing reaps less recognition than it deserves.

Wines in Calabria today boast a production of one million hectolitres each year from around twenty-five thousand hectares of cultivated land.

Calabria expresses a number of wines as good reds, all of which are late-ripening and, in order to attain a perfect degree of form, need a long maturation in barrels, two to four years, with racking.

The most extolled Calabrian wine is Cirò, brick red tending towards orange, with a more or less marked amabile vein, around 14 degrees.

Cirò can be found as a white wine as well as rosé and red wine. l Cirò is derived from Greco bianco grapes and a percentage of 10% of Trebbiano Toscano. The Cirò Rosso or Rosato instead comes from the grapes of the Gaglioppo vine variety. Minimum overall alcoholic strength for whites of 12 degrees and for reds of 13

They say it comes from the same vine from which the classic Cremissa was made, offered as a gift to athletes returning victorious from the games of Olympia.

Well worthy of being close to Catanzaro's Cirò are Pollino and Savuto in the Cosentino area and Péllaro and Palizzi in the province of Reggio Calabria.

Travelling around the region, it is easy to come across other reds made using primitive systems, but often without consistent characteristics: one may come across genuine nectars, as well as products that say nothing to the connoisseur's palate.

However, everywhere today we see a gradual abandonment of empirical methods in favour of the adoption of rational techniques.

In the second-catering drinks sector, mention should be made of Balbino di Altomonte, the Moscati of Frascineto and Saracena, the Malvasia of Catanzaro, the Zibibbo of Briàticothe Montònico di Bovalino and the excellent White Greeka dry-tasting luxury liqueur.

The wines of Calabria are: 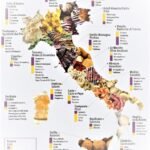 Wine and Dry Pasta What Pairings? 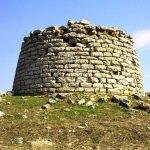 How to use Wine in the kitchen?

Wine and Ravioli what are the best pairings?